Uttarakhand is the land of Gods with a dramatically changing landscape as one travels from the North to the South. The North is entirely mountainous and you can travel only by road or by helicopter. Down south it is better since there are plains and valleys and a few train services also operate but only along short routes. There are only two airports. One is the Jolly Grant airport and the other one is at Nainital. Travelling by road is the best way to get about in Uttarakhand.

Haridwar is the main junction where trains from all other parts of India arrive. From Haridwar you can proceed to Dehradun. Then there are train networks that connect you to Nainital and Rudrapur-Udham Singh. Another train line connects Champawat. The small and medium stations in Uttarakhand are Laksar, Dehradun, Lal Kuan, Rudrapur, Kathgodam, Haldwani, Pitambarpur, Jwalapur, Raiwala, Kashipur, Doiwala, Kotdwara, Raja Ka Sahaspur and Roorkee. There are three separate lines, not interconnected so you might not be travel from one point to another by train unless they are on the same line.

Helicopter services are operational in Uttarakhand, mainly for the purpose of ferrying pilgrims to the char dhams. Prabhatam Aviation has 5 seater Bell helicopters that provide charters to Kedarnath, other Yatra Dhams and also Delhi to Dehradun charter. Pawan Hans is another company running Bell helicopter services from Phata helipad to Kedarnath. Helicopters can also be hired by adventure tourists to drop them off at convenient locations. It is the fastest way to travel up there in the mountains where road travel involves a journey of several hours just to cover 100 kilometers or an arduous trek. Helicopter service for Chardham Yatra has already peaked in popularity nowadays and a huge number of pilgrims opt for it rather than the other transport modes.

Given the extremely mountainous terrain that has made construction of rail tracks and airports difficult, travel by road is the best way to get around in Uttarakhand. One can travel to remote destinations even across broken roads and rough trails using four wheelers and two wheelers. The State Road transport corporation operates bus services to major and minor destinations all across the state and if you wish to reach a remote village, a bus is the cheapest way to go. You can also hire coaches or join private bus operators for your trip to destinations in the state. Another popular mode of transportation is the hundreds of private SUVs, jeeps and taxis you can hire to take you to any place you wish to go.

A four wheel drive is the vehicle to hire because it can travel across the roughest terrain uphill or downhill and still remain stable. Local drivers are known for their amazing skill in negotiating hairpin bends on steeply curving mountainous roads. Just make sure you know how to bargain and fix terms. It is better to get your hotel to book a vehicle for you since they know who can be trusted. One cheap way to get around is to become a passenger in a jeep or SUV operated by a driver and pay for a seat the same way you pay for a seat on a bus. For the more adventurous, the roads pose a challenge to bicycling fraternity and for those who wish to explore the land on their motorcycles. Roads are the arteries and veins of Uttarakhand. 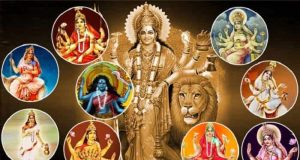 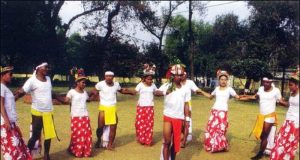 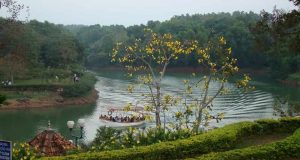