Buddha Poornima is the sacred festival that beholds the spiritual significance for all the Buddhists followers across the globe. It is the holy day that commemorates the three main events in the life of Lord Buddha – his birth, enlightenment (Nirvana), and the sad demise (Parinirvana). This day comes on the full moon (poornima) of the lunar month, Vesakha, that is between April and May according to the Gregorian calendar. Due to this reason, the festive day has its own variants, which is differently named in different regions. In India, it is known as Vesak, Visakah Puja, Vaishaka, or Buddha Poornima; Visakha Bucha in Thailand, and Wesak in Sri Lanka. 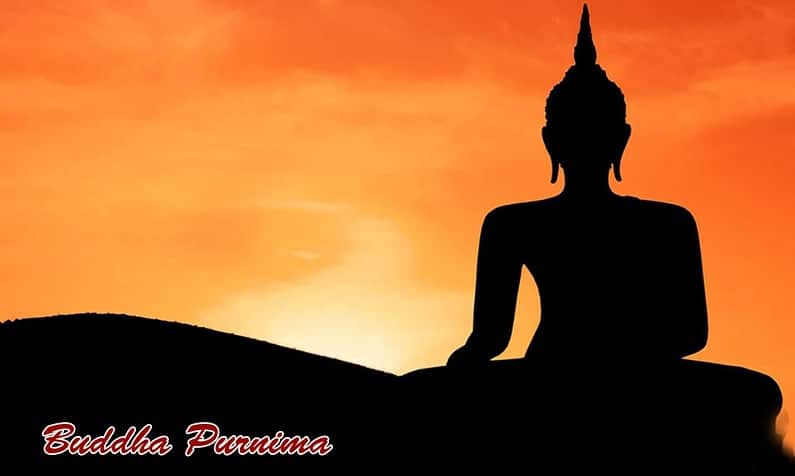 The exact day of Vesak is subject to change based on the several lunar calendars used in different societies, but is in April or May. For example, in the Theravada countries, the day comes on the full moon Uposatha day, the 5th or 6th lunar month. Declared as public holiday in Southeast Asian countries, it is celebrated with enthusiasm in India, Nepal, Thailand, Sri Lanka, Pakistan, Cambodia, Indonesia, Myanmar (Burma), Vietnam, Laos, and by Buddhists in a few Western parts of the world.

Vesak is the special day for the Buddhists to explore the life and preaching of the Buddha. Its significance lies with the message of worldwide peace to humankind. Its core is to become aware of and explore the inner happiness and peace that exists in all living beings.

Dated back to 544 B.C., on the full moon day of Vaishakha month (celebrated now as Vesak), Queen Mahamaya – the Buddha’s mother was traveling from Kapilavastu (current Nepal) to meet her parents in Devdaha. On the way, she rested under two sal trees at Lumbini. Here, she gave birth the Gautam Buddha. After she came back to Kapilavastu, an elder sanyasi and astrologer called Asit forecasted that the child has special powers that would drastically help in liberating the world. Although named Siddhartha, he was known as Gautam, the Buddha, meaning the Awakened One – who has walked up from sleep of ignorance.

Quest for Truth and Eternal Happiness:

Since childhood, Gautam was a serious child who liked to remain alone and think on reality of life rather than playing. Even after his marriage with the beautiful Princess Yashodhara, Gautam’s mind was not diverted from his mission for truth. Though he was a Kshatriya, he always was of the opinion to safeguard birds and animals. Once Gautam saw a man who could not walk due to his old age. Some other day, he came across a sick man on the ground. On this, he asked himself, “What is pain? What is the reason for so much pain and suffering? How to overcome them?” Sometime later, he saw calm abstinent and found the answers to the difficulties of old age, illness, and demise. Therefore, he renounced the worldly mundane life and become an ascetic to seek the eternal light.

In his hunt, Gautam approached different religious centers, but nothing was gained. Finally, near the river Niranjana in a forest near Gaya, he began to meditate and penance for six years, but did not yield anything. This was the reason for his first realization that nothing would be achieved by degrading the mortal body. Lastly, he decided to sit under a Bodhi tree and made a strong determination to stay there until he obtained his answers. On a Vaishakh full moon night – his 35th birthday, he got his answers to the four noble truths of life, the presence of pain and suffering, reasons of their justification, the need to defeat them, and the ways of doing so. Thus, he achieved the credit of Gautam, the Buddha or the Enlightened One.

After Enlightenment and Towards Parinirvana:

After Gaya, Buddha went to Sarnath near Varanasi in India where five men started following him. He preached them about the truths he found and on that his first sangh or community was formed. Then, he spread these discoveries of truth everywhere and obtained the support of many scholars, sanyasis, and kings. Later, Gautam also approached home as a bhikshu (monk). Thereafter his father, stepmother (his mother’s sister), wife, and son joined him. In 483 BC on Vaishakha full moon day of his birth and enlightenment, Gautam Buddha attained nirvana (demise of an enlighten).

This was done by the Supreme Buddha through Yamaka Maha Patihariya (The Miracle of the Twin Wonders) that occurred on a Vesak full moon day. This removed the doubts of numerous disbelievers about his Enlightenment.

The Buddhist flag is made up of six colors, which are said to have special significance according to the enlightened Buddha. Out of these, the first five stripes are of different colors and the last one is the collection of these colors. Listed below are the colors and its meaning in life.

This is done through prayers, meditation, and worship of the statue of Buddha along with offerings of incense, flowers, candles, and fruit. In some temples, a small image of the baby Buddha is kept in a water basin and is adorned with flowers. Devout pour water over the statue; which holds the religious significance of the cleansing of one’s own bad deeds and commemorating the birth event of Buddha when the heavenly gods and spirits made cosmic offerings to Buddha. According to the legend, Buddha has asked his followers to observe his principles and consider it as paying homage. People take care of this and observe the percepts too.

They practice the five principles also known as Panchsheel, which are:

Keeping the honor of the above five principles, Vesak is commemorated by dedicated services to humanity and various compassionate gestures to pay homage to Buddha. Buddhists freed trapped birds to show kindness and eat only vegetarian items. They, especially, eat kheer – rice cooked in milk and jaggery and shares it along with some clothes with the poor and sick to make them feel happy. In addition, drinking water stalls are set up in public places. The purpose of doing such meritorious deeds is to receive blessings from the heart of living beings that are auspicious and hundred times greater than on any other occasion.

The Bodhi or the peepal tree is revered and decorated with garlands, colored flags, and lamps to remember it as the place of enlightenment. Followers also sprinkle milk and scented waters on its roots. In Buddhist countries, people draw a picture of Buddha on leaves of a Bodhi tree and present them to each other.

Bodh Gaya in Bihar and Sarnath in Uttar Pradesh 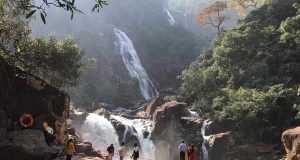 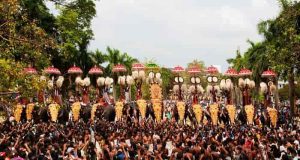 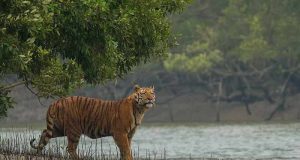 Travel Places near Kolkata, the Cultural Capital of India