Mahavir Jayanti marks the birth of the 24th last Tirthankara, Lord Vardhaman Mahavira. This day falls on the 13th day of the waxing moon of the Hindu month Chaitra, which is April according to the Gregorian calendar. A soul dweller and messenger of non-violence and peace, he actually showed the world the only path to liberation supported by four auspicious pillars of a sacred life: 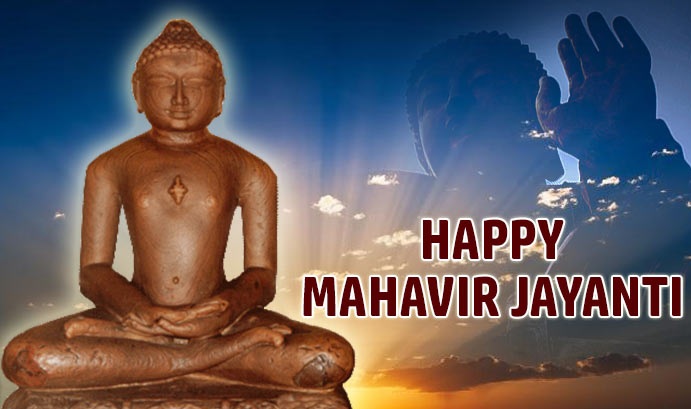 Acquire the knowledge of your pure soul from a gnani (an Enlightened human who can rarely found in current time cycle) and dwell in it to destroy the namely ego.

Bow down to the soul in each deity and living being intentionally to achieve the real character, as he/she is the ultimately the soul.

Become like the soul and feel the oneness with it to acquire eternal bliss and remain detach from the worldly pains and temporary happiness.

Recognize that you are pure soul at the time invocation of inner enemies – anger, greed, attachment, and pride.

To acquire the above four pillars is the main purpose not only of the Jains, but of any human being who is in search of eternal happiness and liberation. However, in the current era that is marked by spiritual deterioration, it is the teachings of 24 prophets, Tirthankaras that if understood well, reap high spiritual benefits for a liberation seeker. Hence, Lord Mahavira was not only for the ones who follow him (Jains), but for all the living beings of the three worlds, heaven, Earth, and nether world – in fact of the Universe.

The festival, rather than celebrating it materialistically, is observed as the special day of prayers and resolution of observing the five-fold path of Mahavira for householders through mind, speech, and body; namely,

No physical or mental hurt to living beings

No lying at all to others

No stealing or theft

No participation in sexual pleasures

No acquisition of property

There are two major sects of Jains namely, Digambar and Shwetambar, among which the latter is further divided into Deravasis (believers of idol worship) and Sthanakvasi (believers of worshipping the renunciates – sadhus and sadhvis). According to the Digambaras, Lord Mahavira was born in 615 B.C.; whereas, Swetambaras say that he was born in 599 B.C.

Mahavira was the child of the pious couple, King Siddhartha and Queen Trishala mata, the king ruling the Kundalpura outside Vaishali, near Patna in Bihar. As per the legend, Mahavir was first conceived by Devananda, the wife of a Brahmin named Rishabhdeva. It is a rule that a Tirthankara is always born in the Kshatriya (warrior caste) family. Looking upon this exception, the celestial gods skillfully exchanged the embryo of the Devananda with the womb of queen Trishala Mata. The most fortunate event was that of the mother observed 14 auspicious dreams while the brave child was in her womb, which were:

The astrologers at that time studied these dreams and proclaimed that this child is no ordinary one, but a true savior who would be either an emperor or a Tirthankara. Mahavira was born in early morning at 4, which is the auspicious time recognized even by Hindus. Some of the incredible events at this birth time are listed below that instigates some similar kind of celebrations among Jains.

Life forms in all the three worlds were happy and satisfied and there were no pains at all.

Gods and goddesses came down from their heavenly abode to worship the Tirthankara and bathed him ceremonially at Mount Meru also called Abhishekha.

At the age of 30, Mahavir renounced the material world. After 12 years of contemplation of his soul under an Ashoka tree (Jonesia Ashoka), he attained the supreme eternal state of enlightenment. The celestial gods attended this great event and took him to a park in a palanquin where he seated on a five-tiered throne and entitled as Mahavira (absolute fearlessness). Named Vardhaman (one who brings prosperity) by the parents, Mahavir was also known as the Vir (courageous), Ativira, and Samvati. He was the absolute practitioner of honesty and chastity.

As Mahavira and other 23 prophets conquered his inner enemies and attained their pure soul, their followers were named Jains, which means – ‘The Conquerors’ or ‘The Victors of the Soul’.

Temples are decorated with colorful flags that commemorates the birthday of Lord Mahavira.

In morning, the idol of Lord Mahavira is bathed ceremonially.

After the sacred bathe, the idol is placed in a cradle and then it is carried in a procession throughout the surroundings. It is generally accompanied by horses, drummers, singers, and lamps. Based on the region, the procession culminates at a temple where people pray and meditate.

The devotees offer milk, fruit, rice, incense, lamps, and water to the Tirthankar.

Sadhu, Sadhvis, and Scholars give lectures to people make them understand the path of Lord Mahavir.

Besides worshipping Vaishali, the birthplace, pilgrims also visit the old but auspicious Jain Temples at Girnar and Palitana in Gujarat, Mahavirji in Rajasthan, Pawapuri in Bihar where he left his mortal body on the Diwali night in 527 B.C., and Parasnath temple in Calcutta.

Besides giving money to save animals in slaughter houses, the following four other donations are considered.

Mahavir Jayanti also falls on the fifth day of the eight spiritual days of the Paryushan festival observed with prayers and confessions only in the Hindu month of Bhadrapada (August/September).

Gujarat and Rajasthan holds particular importance as it is the home of some of the most ancient shrines on sacred hills. Apart from these, the next cities in the line are Kolkata and Bihar where you also can view and participate in the celebrations of this solemn festival.

Locally, you can see the charm in the Jain temples. 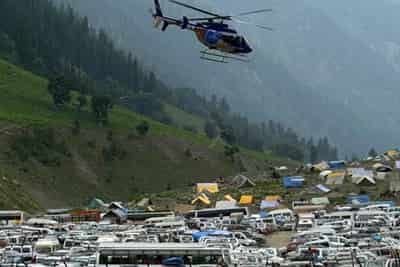 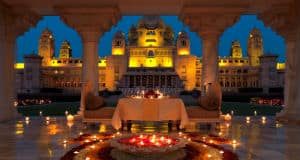 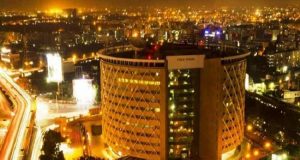