Lohri, a great harvest festival in India, especially in Punjab and Chandigarh states of North India, falls on 13th January every year in the Hindu month of Paush. This festival commemorates the end of winter and is celebrated just before Makar Sankranti, the festival of kites. Astrologically, the sun is nearest to the Earth, leaves the Sagittarius (Dhanu) zodiac sign, and is about to enter in the Capricorn (Makar) zodiac sign (14th January). This transition is celebrated as Lohri.

From the end of first week of January, children start chanting Lohri folk songs to pay a tribute to Dulha Bhatti, a thief according to a legend who assisted the poor and struggled for their rights. As they sing by ringing the house bell at each door, they obtain sweets, popcorn, peanuts, sesame seeds, crystal sugar, jaggery, and sometimes money from the house people. This is because it is considered inauspicious to send them empty-handed. The collection is together known as Lohri that is shared at Lohri night. In the evening, friends and families meet outdoors to light a bonfire in the evening, which is considered as an Indian counterpart of Thanksgiving. In this sacred fire, some Lohri might be thrown into the fire. Besides Lohri, peanuts, popcorn, puffed rice, and other foodstuff are also offered as a symbol of honor to the God of Fire, Agni. For Punjabi farmers, Lohri marks the end of the financial year and the day after as the new financial year.

Lohri significance is to worship the sun and fire god. It is believed the night of Lohri is the longest night in the year.

The Legend of Sun God

Lohri coming on the last day of the month of Paush indicates farewell to chilled winter. To be protected from cold, it is believed that the ancestors developed a divine mantra that involved requesting the Sun God to transmit enough amount of heat such that the winter cold would not do any harm to them. Since then, chanting mantra around a fire as a symbol of thanks giving to the Sun God is performed as a ritual. The Lohri fire symbolizes tribute to the sun. Ancestors were of the opinion that the flames of the lit bonfire actually sent their request to the sun. This is the reason as to why on the next day’s morning after Lohri, the sun’s rays unexpectedly are warm to seize the chilled effect from the people’s body.

In ancient days, human beings formed bonfires to protect themselves from wild flesh-eating animals. Everyone played an important role in forming bonfires, among which boys and girls were assigned the task of gathering wood from the forest. Since then, village maiden’s together visit people from door to door to get cow-dung cake. Traditionally, the girls chant: “We, all the girls of the village, have come! We all have come to your courtyard!” These girls keep on collecting cow-dung cakes until they have sufficient amount of it to lit the bonfire. Once collected, all of these cakes are gathered in a house. The bonfire is a symbol of protection and worship (Sun God). The other significance of this Lohri fire is that parents pray for good husbands for their unmarried daughters and married couples pray for children. Fire is a symbol of revolution and restoration, resemblance of the sun, stimulator of cornfields growth, source of energy and spiritual strength, and a well-wisher of man and animals. This is the reason why the bonfire is considered sacred and is worshipped as a deity.

The Legend of Dullah Bhatti

This is the core character in whose honor most of the Lohri songs are sung. Dulla Bhatti, a theft who robbed the rich and gave it to the poor, resided in Punjab in the times of Mughal Emperor Akbar. Besides robbing, he rescued Hindu girls who were forcibly taken for sale in the Middle East market. He was so kind enough that he personally arranged for their marriage with Hindu boys and with Hindu tradition; performing the duty of a father of those girls. As a result, he is a symbolic hero of the Punjabis and the Lohri songs in his memory inspire the youth to safeguard the respect of females and punish the ones who disrespect them. On the eve of Lohri, most of these songs end with the exclamation ‘ho’!

Harvesting Rabi crops forms the custom and tradition of the Lohri festival. Rather than just a festival, it is an occasion that traces the love of Punjabis for the nature and festivals.

On this day, all the rooms and chambers are literally cleansed with broom and sprinkled water. On the sunset, people wear new clothes and gather around the bonfire. Newly married couples wear jewelry. The new babies hold little combs.

In the harvested fields and front yards, huge bonfires are lit up around which people gather to move in a circular manner (parikrama) around the bonfire, throw Lohri items in it such puffed rice and other savories, chant “Aadhaar aye dilather jaye” (May honor come and poverty disappear!), and sing folk songs along with their friends and relatives. As the flames go up, the girls offer (throw) til (sesame seed) and bow. Elder ones throw sugarcane sticks in the fire that spreads a burning fragrance of sugar. Girls lit up crackers and sparklers. This ritual is a kind of prayer to the fire god for seeking their blessings to have bountiful yields and prosperity.

Once the parikrama is over, people exchange greetings and give prasad (Lohri offerings made to fire) that consists of til, gajak, jaggery, peanuts, and popcorn. Their traditional dinner here is makke-ki-roti (multi-millet hand-made chapatti) and sarson-ka-saag (vegetable of mustard herbs). Sweets are prepared from molasses and sesame seeds that are exchanged with relatives and friends. Seasonal items such as Revri, Patti, dry fruits, peanuts, and sugarcane are traditional items of the celebration. In addition, women also prepare a pudding of spinach, mustard leaves, and lentil made in sugarcane juice that has a healthy motive of cleansing the blood and body internally.

People exchange gifts and give blessings on this special occasion. Especially, to the newly married daughters, parents provide gifts and bless them along with the newborn babies, if any. 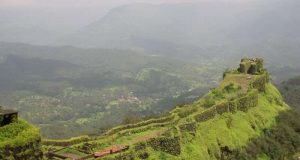 Mahabaleshwar – The Land Of God Of Great Power 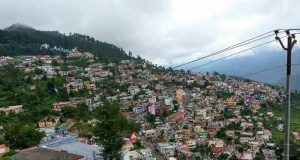