The Somnath temple is dedicated to the Hindu God – Lord Shiv, the god of dance and is the first one among the 12 Jyotirlinga (lingam of light) of Shiv. Situated on the shore of the Arabian Sea near Veraval city in Junagadh district of Saurashtra – Gujarat; the name of the temple traces it history, which means the ‘Protector of the Moon God’. This pilgrim and tourist spot is one of the ancient one such that its divinity is also referenced in the prehistoric holy books of Hindus such as Shreemad Bhagavad Gita and Shiva Purana. The Somnath pilgrimage is considered as great as the other great Hindu pilgrimages such as Gangaji and Yamunaji. This indicates how much value this place has in the life of a Hindu.

The Somnath temple is labeled as ‘the Shrine Eternal’, despite the fact that temple has been destructed six times until date. The last rebuilt was initiated by Sardar Vallabhbhai Patel, the Iron Man of India, in November 1947.

Surrounding the temple, are green lawns with small fountains, which forms the perfect solitude. Beyond the lawns, lies the great Arabian Sea whose coast is a beach of fun and frolic.

Story Behind the Temple

According to the Hindu mythology dated centuries back, Chandra, the God of Moon was very proud of its beauty and therefore, was cursed by his father-in-law – Daksha Prajapati to fade. To be liberated of this curse, the Moon prayed to Lord Shiva at the Prabhas tirth (a Hindu pilgrimage). Listening to his sincere prayers, Lord Shiva (Somnath) relived him partially from the curse due to which the moon fades away (wanes completely) periodically (fortnightly as of today). Therefore, in this remembrance and as guided by the Lord Brahma (known as the creator and father of the universe), Chandra built this temple to honor Lord Shiva who is known as Bhairaveshwara in the Satya Yuga, Shravanikeshwar in Treta Yuga and Shri Kaleshwar in Dwapara yuga.

In the famous holy books such as Shiv Puran and Nandi Upapurana, Lord Shiva has said, “I am present everywhere but specially in 12 forms and places as the Jyotirlinga.” One of these places is Somnath.

According to the Hindu mythology, Chandra first built the Somnath temple with gold. Next, Ravi rebuilt it with silver followed by Shree Krishna with sandalwood. Then, Bhimdev (Solanki Ruler of Gujarat – a Rajput) again built it with stone. The last reconstruction was planned in November 1947, which was fulfilled in 1995. In 1951, the first President of India, Dr. Rajendra Prasad, performed the Ling-Pratishthapaan (establishment) ceremony in the temple’s Garbha Gruha and rightly remarked that, “The Somnath Temple symbolizes that the power of reconstruction is always greater than the power of destruction.”

Since the time it was first built, this is the only temple that has been attacked six times repeatedly by the Muslim intruders. This means that the present existence of the temple is the indicator of the never-dying spirit and artistic unity of our culture.

In 1024 A.D., Mahmud Ghazni attacked the temple from the Thar Desert and took away the jewels and gold that actually was its beauty. The temple was reconstructed by the Paramara King of Malwa and the Solanki Bhima king of Gujarat between 1026 and 1042.

In 1296 A.D., Sultan Allauddin Khilji army again ruined the temple. The temple was then reconstructed by Mahipala Deva, the Chudasama king of Saurashtra in 1308 A.D. and the Linga was put back into its place by his son Khengar in between 1326 and 1351 A.D.

In 1375 A.D., Muzaffar Shah I, the Sultan of Gujarat again damaged the temple. Somewhere near 1400 A.D., the temple was rebuilt by the local public.

In 1451 A.D., Mahmud Begda, the Sultan of Gujarat, again attacked the temple; which was reconstructed later.

In 1701 A.D., the temple was again attacked by Aurangzeb, the Mughal Emperor. He actually erected a mosque on this place. The queen of Indore, Ahilyabai Holkar, reconstructed the temple in 1783 A.D near the mosque.

Currently, the temple is under the supervision of the Shree Somnath Trust that takes care of the entire temple complex and its surroundings. There are innumerable priests, who have devoted their life in the service of this temple.

The temple consists of the Garbhgruh, Sabhamandap (in front of the temple), and Nritya mandap. The main feature of the temple is the Abadhit Samudra Marg, Tirsthambh (arrow) erected on the sea-protection wall of the temple. This is the symbol of a clear sea route towards the South Pole. This means that there is no land from this temple to Antarctica and that the nearby land from the South Pole is approximately at 9936 km. This indicates spectacular wisdom of geography by the Indians and the tactical position of the Shiv Ling.

The temple is built in the Kailas Mount Meru Prasad Style (Chalukya style) that reveals the talent of the Gujarat’s master masons. The temple’s dome (Shikhar –the peak) is 150 feet high. There is a Kalash on the top of the Shikhar that is of 10 tons and the Dhwajanand is about 27 feet big and 1 foot in perimeter.

The present temple represents a magnificient Indian art wherein the exterior is bejeweled with outstanding carving. The Jyotir Linga erected on the Brahmasila is 4 feet high and is decorated with sandal.

On weekdays, Monday is the ideal day to visit this temple as it is the day of Lord Shiv. On Maha Shivratri, an auspicious day dedicated to Lord Shiva, a lot of pilgrims and devotees come here and spend the whole day in the serene atmosphere of this temple.

Other Places of Attraction

The Diu airport in Daman and Diu is the closest to Somnath Temple, while the Porbandar Airport ranks second in terms of proximity, followed by the Rajkot airport. All the three airports are domestic airports, and visitors arriving from abroad should opt for a flight to Mumbai, the closest international airport to the temple.

Veraval is well connected with many parts of the state through rail and road network, where government and private authorities continue to provide conveyance to the visitors from Gujarat and other neighboring states as well.

Visitors can opt to stay at one of the many hotels and lodges located closely to the temple that offer meals and non-alcoholic beverages as well.

[You may also like to know about Famous Temples of Gujarat] 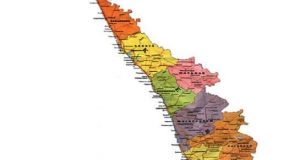 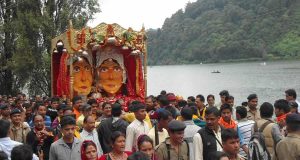