India has carved a niche for itself as one of the most sought after tourist destinations ever since the historians and archaeologists have found out about the places that have been in existence for centuries. These historical sites carry a unique identity of their own and visitors are enthralled by the beauty and enigma of such places. A popular group of caves, known as the Ellora Caves, is one such site where tourists and researchers continue to spend a considerable amount of time just to ensure that they have explored a unique place and learnt all it depicts about the period during which it was built, the phases it has gone through and how it has survived the extremities of climate and changing times. 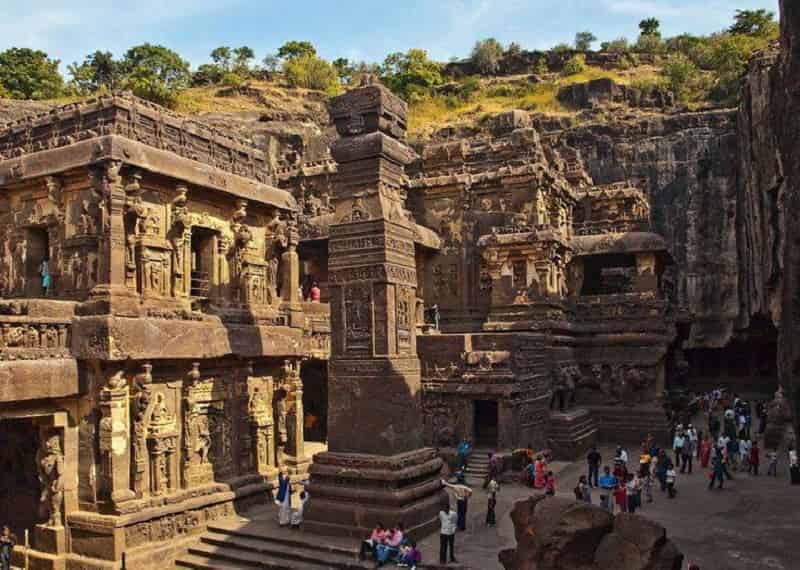 Ellora caves is located in the state of Maharashtra at a distance of around 29 kilometers from the city of Aurangabad.

Ellora is a group of 34 caves amalgamated as one. Carved out on a famous hill range Charanandri, these caves symbolize communal harmony while being divided into Buddhist, Hindu and Jain caves built in the period between 5th to 10th century.

These caves were built in the form of monasteries with kitchen, bedrooms, halls, and other sections of an ancient Buddhist monastery. Though carved out of rocks, many portions of the caves carry a wood like appearance that depicts the hard work of the sculptors. There are several shrines within the caves where statues of many enlightened individuals known as bodhisattvas, including those of Gautam Buddha and other saints of that period have been carved.

The Vishwakarma cave of this group is an exclusive chaitya griha, sometimes called as the Carpenter’s Cave. The steps lead to a rock-cut court, on either side of which there are pillared porticos. There are two shrines opposite to each other in the verandah and a massive statue of Gautam Buddha, along with the carving of a Bodhi tree.

The Hindu Caves, on the other hand, are a group of seventeen caves built between 6th and 8th century. These caves represent the expertise of the sculptors, both in terms of imagination and execution.

The main attraction of Hindu Caves is the Kailasanatha Temple, numbered as the sixteenth cave. It represents Mount Kailash, where Lord Shiva used to reside. Though the temple appears to be more like a modern multi-storeyed temple complex, legend goes that it had been carved out of a single massive piece of rock. In its initial days, white plaster was applied to the exterior of the temple to make it appear like the mountain that used to be covered with snow.

The courtyard of the temple consists of an image that represents Nandi, a bull, which is believed to be the vehicle of Lord Shiva. There is a Nandi Mantapa, where the famous lingam (Shiv Ling) is placed. A bridge had been built to connect the the temple and the Nandi Mantapa. It is said that it took a century to complete the carving of this temple.

A lot of sculptures of deities along with individuals engaged in sexual acts are a distinguishing feature of this temple.

Another prominent cave of this group is the cave number fifteen, named as the Dashavatara after the sculptures that represent the ten avatars of Lord Vishnu.

The Jain Caves at Ellora were built between 9th and 10th century. These caves depict various aspects of the Jain culture, traditions and philosophy through the intricate artwork carved inside.

The most famous cave of this section is the Indra Sabha. Built as a two storey structure, the distinguishing feature of this cave is the lotus flower carved at the ceiling inside.

Other caves of this group are also rich in artwork though most of it has now faded away.

The Ellora Caves has been designated as a World Heritage Site by the UNESCO and a protected monument by the Archaeological Survey of India.

All the caves carry equal historical significance, and it is advised that you reserve a full day in order to explore every section of this site.

There are a lot of restaurants in the city of Aurangabad where you can taste the local and international cuisines. Some of the famous outlets of the city include Hotel Kailas, Hotel Ambiance, Hotel Manor and several others on the way from Aurangabad to Ellora.

The closest hotel to the caves is the Hotel Kailas, where you can opt to spend a night if you do not want to travel from the city to the caves. A government run resort called MTDC Holiday Resort is another cheap option for the tourists. Other prominent hotels include Lemon Tree Hotel, Taj Residency, Quality Inn The Meadows and The Ambassador Ajanta.

You can buy khadi clothes, traditional pottery items, organic food, shawls, sarees, etc., which are exclusively manufactured and sold by the local people.

Ellora caves is open from sunrise to sunset and is closed on Tuesday.

The closest railways station and airport is at Aurangabad. There are regular flights from the airport to several destinations, including Jaipur, Mumbai, Delhi etc. The railways station, on the other hand, keeps the tourists connected to Ellora through various express trains running in all directions.

Aurangabad is also connected to several cites of Maharashtra and neighboring states through its excellent road network, which means that tourists keen to take a road trip to Ellora caves will not be disappointed.

Ellora caves is an important heritage site not only because it attracts large number of tourists, but also because it provides a peek into the ancient education system and architectural styles that reflect the passion and perfection of the professionals who have left their legacy in the form of this cave group. 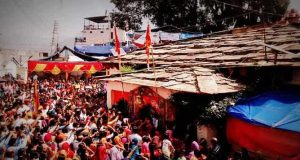 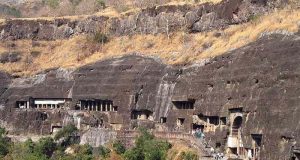 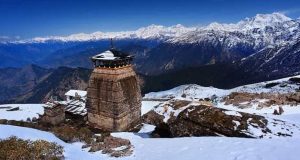