The existence of humans in the Indian subcontinent has been dated back to around 30,000 years. The modern technology has enabled us to excavate into the heart of the earth and learn the lifestyle of people who first inhabited this country. Apart from human skeletons, several objects are found in either original or dilapidated condition whenever an excavation is carried out. Such findings link us to the past and help us to learn about how we adapted ourselves to survive under the changing circumstances. One famous site which has been of a great help in learning about the history of India is Adichanallur in the state of Tamil Nadu.

Adichanallur is a small site located at a distance of around 20 kilometers from the city of Tirunelveli.

The site, as the excavations suggest, has been famous for the excavations carried out here which date back to the eighteenth century. The first person to carry out an excavation at this site was Dr. Jagor from Germany, with his two accomplices; the District Engineer and the Collector. His excavations were followed by two others: Alexander Rea from England and Louis Lapique from France.

Dr. Jagor managed to get more than 50 types of utensils through the excavation along with human skulls and skeletons. Despite being excavated from the Indian land, Dr. Jagor carried all these objects to his mother country, where they were kept in the Berlin Museum.

A very interesting fact about the excavations was that the skeletons were found in earthenware urns that were inscribed with text in Tamil Brahmi script. The dead bodies were interred in the urns with clothes, lamps and lamp stands, jars, weapons, gold diadems, and figures of animals.

All the skeletons were found in a similar position inside the urns. Rea reached to a conclusion that while the lid of the urns was sealed, the bodies were made to rest in a sitting position rather than the conventional method of laying it flat, when he saw that the bones from legs and arms of the body would lie at one side of the urn the vertebrae, along with the skull and ribs, would fall flat to the bottom of the urn.

Alexander Rea wrote an article for the reports published annually by the Archaeological Survey of India regarding his findings from the site. He stated that the site was one of the most extensive prehistoric places in the South India.

One of the most fascinating discoveries of the excavation led by Rea were the golden ornaments. There have been no instances of gold mines in the nearby area as such. Modern day archaeologists reached to a conclusion that these ornaments must have been imported from outside.

Rea documented all his findings and provided the records to the Government Museum in Chennai, the capital of Tamil Nadu.

In 2004, an archaeologist from the Archaeological Survey of India (ASI), G. Thirumoorthy conducted extensive excavations at the site. Within a span of six months, the team found out 157 burial urns, out of which 57 were in their original condition. From these 57 urns, 15 skeletons were found intact. Other skeletons were found to be in a damaged condition. Six trenches, each a 10 meters by 10 meters square shaped, were dug to initiate the survey.

Similar to the urns excavated by Alexander Rea, the new found urns were stuffed with rice, paddy, empty vessels, lamps, and other objects. The reason behind packing all this stuff in the urns must be the belief that the dead were to travel to another location during which they would require all these items to survive.

The urns carried the marks of the tribes to which they belonged.

Other findings of the excavation included utensils in red, black, and red-black, vessels, copper bangles, ear-rings, spear-heads, and many other objects of that period. All these were sent to the Chennai office of ASI.

Knives made of iron were also found from the excavation site. Other findings that are an evidence of human existence include the remains of living quarters, smith’s shop, rampart wall, and much more.

The excavation site of Adichanallur is spread across 114 acres of land, on the Tamiraparani river bank. The site is surrounded by banana plantations and paddy fields.

The authorities are now planning to set up a museum near the site, which will enable the tourists to take a look at the artifacts that have been retrieved from the excavations. Currently, all the artifacts retrieved have been sent to the headquarters of ASI in Chennai and are put on display for the visitors.

To reach the excavation site at Adichanallur, you first need to reach Tirunelveli by rail or road transport. This city is privileged with well developed rail and road networks, which allow tourists from various parts of the state and country.

Within the city, five railway stations and a bus transport system take care of the commuters all day long. The city lacks connectivity through air transport though the nearest airport in the city of Tuticorin provides some relief to the travelers.

Once you reach Tirunelveli, you can either hire a private taxi or board a bus, which will take you to the town of Adichanallur. 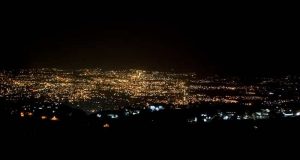 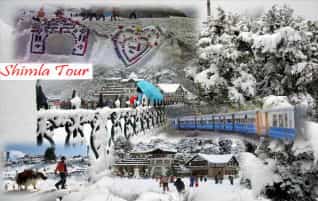 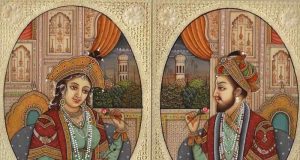