Meerut is one of the favorite tourist spots and places in the state of Uttar Pradesh in India and is full of heritage spots that are of social, ethnical as well as diachronic importance.

These hot spots and sites are spread all across this town and city and are visited and experienced by many large numbers of travellers, visitors and tourists from all across the globe.

Meerut is also regarded as one of the most vociferous and noisy modern towns of India that is visited and enjoyed by hundreds of tourists all-round the year.

It is situated in the northern region of the nation and is placed in the western direction of Uttar Pradesh. Meerut boasts of a lengthy and valuable history and was an important part of the epic of Mahabharata.

The city’s beautiful and scenic gardens and famous historical memorials make it being counted as one of the most frequented tourist destinations of the country.

The historical memorials of the city speak loudly and clearly about its heroic and brave past and also about its marvellous and fascinating edifices and buildings.

The majorities of the ancient memorials of this city have been built in remembrance of the great heroes of the first war of independence of India and largely act upon and charm the lives of the citizens.

A trip across this city is fun and reminds the tourists about the historic times and yesteryears of this old town.

Some of the many important and magnificent tourist places in Meerut are listed and described here.

The Augharnath Temple is situated near the West End Road of the city and is one among the most ancient and historic temples of Lord Shiva.

It is a spot and site that has a lot of historical significance and was visited upon by the freedom fighters in the olden times. It was regarded as something very sacred and spiritual by them and provided them with strength and will power to struggle and fight against the Britishers.

It was greatly worshipped and visited by them before travelling on their journeys towards heroism and bravery. This temple is also called Kali Paltan and has the PRC Gurdwara and the Shakti Dham Temple located and placed comfortably behind it.

The Augharnath Temple is situated in the cantonment region of the town and is looked after by the defence forces. It was constructed in the remembrance of Lord Shiva and occupies a significant place in the first war of independence of India which was fought in 1857.

The Hastinapur Sanctuary was established in 1986 and is a favorite wildlife park of the city. It is distributed over a land area of around two thousand seventy three square kilometres and occupies a vast area.

It is rich with many different types of wild animals and birds. Among some of the wild animals that are found here are cats, hyenas, leopards, sambhars and alligators.

The muddy and swampy land regions of this national park on the river Ganges make it an apt location and site for migrant birds who move from one place to another.

More than three hundred and fifty different kinds of birds are found here and are both silent and wild in nature. This park is also famous for being the house to many different kinds of environmental conditions that suit the wild animals living here.

Some of the most striking and spectacular birds found and seen here are the kingfishers, woodpeckers and peacocks. Dolphins belonging to the River Ganges are generally seen and enjoyed within some of the expanses and reaches of this river.

The Fairy World is an entertainment and recreational park and is located and placed at the by-pass of this old town. It is considered to be the dream world of children and tiny tots, as there are multiple amusement and recreational rides and other fun amenities to entertain and cheer them.

Appu Ghar is yet another fun and recreational park for children and the apt site for them to enjoy and relax. It is placed and situated on the Roorkee Road at Modipuram.

Both these parks serve the purpose of entertainment and recreational parks for the citizens of Meerut and boasts of providing their children with multiple fun facilities. Both these also serve the purposes of favorite chilling-out and hanging-out picnic sites and spots.

The Mausoleum of Shahipur is constructed of red stones and was built around the seventeenth century. It is the hub of all the devotees and is considered sacred and spiritual in nature.

People and tourists from all across India come here in large numbers and offer their prayers and get the chance to become fortunate and glorious in return.

The Suraj Kund Park is very wonderful, and is well-kept and preserved by the city’s municipal corporation. It has rich and abundant green surroundings and environment and is full of different varieties of plants. It is the hub of all the fun and entertainment activities of the city and is visited by many every day.

The Gandhi Bagh is another similar park and is famous for its beauty and diversity. It is situated in the cantt region of the city and is maintained by the army personnel. It has another children’s park which is spaced nearby. This children’s park is famous for housing many different types of flowers and serves as a recreational park for the tired and spent.

A site of historical significance, the Victoria Park goes back to the year 1857 when the first war of independence was fought in India. During this war, eighty five soldiers were imprisoned here as a penalty on their denial to using controversial ammunitions.

Shahid Smarak is placed and located on the Delhi Road of the city and is situated at a distance of about six kilometres north east towards the railway station of Meerut.

It is comfortably spaced at a distance of around two hundred metres from the bus station of the city. Its enclosures are well-embroidered and lavishly green in nature.

It houses a Shahid Stambh within its surroundings, which is dedicated to the freedom struggle movement martyrs of India. The enclosure of Shahid Smarak has a museum which has a rich compilation of paintings, documents and other antique pieces of historical importance.

This museum also highlights the important events of the first war of independence in 1857 and reflects the gloriousness and heroic deeds of the freedom fighters.

The Baba Vishwanath Temple is yet another old temple of the town and is dedicated to Lord Shiva. It was constructed around 1887 and is responsible for pulling large number of tourists and travellers, especially during joyous celebrations and merry seasons. This is also one of the most visited Shiva temples of the state.

Sardhana is located at a distance of around twenty kilometres from the town and is a famous crowd puller. It is store to a famous catholic church which was constructed in 1822.

Hastinapur is another spot of tourist interest in Meerut and is very famous and favorite for its stunning and magnificent Jain temples.

Thus, the historical memorials of the city boast of cultural and social importance and reflect the rich traditions of the past of the city.

Meerut boasts of many sprawling and scenic gardens as well that are house to various kinds of beautiful flowers and refresh the minds and souls of the tourists and visitors.

These gardens also serve as the apt locations and picnic spots that provide the visitors and travellers with fresh breeze and with a peaceful and comfortable ambience to relax and unwind from the busy and bustling life of the city.

Thus, the tourist places in Meerut comprise of multiple scenic gardens, museums, historical monuments and entertainment parks that draw huge number of tourists from all around India and impress all of them with their beauty, charm and magic. 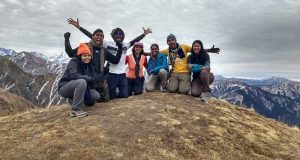 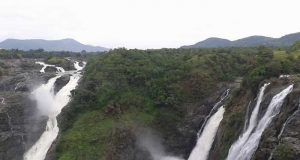 9 Most Beautiful Waterfalls in Karnataka