History is full of incidents where religious people invested all their efforts to construct a temple for the followers of a specific religion or deity. The Golden Temple, officially named as the Harmandir Sahib and also known as Darbar Sahib, was an initiative of this regard, which has now become an iconic destination of worship and a tourist destination, owing to its mesmerizing and huge structure.

The Golden Temple is located in the city of Amritsar, the spiritual centre for people following Sikhism.

The site where the temple is built was previously surrounded by forest near the lake. The temple was built by Guru Arjan Dev, the fifth Sikh guru. The construction started in 1588 with Guru Arjan Dev himself laying the foundation stone.

Four entrance doors were built as a symbol that people of all the four religions prevalent during that period were free to enter the temple. The construction was completed in 1604.The Guru Granth Sahib was installed by Guru Arjan Dev. The first granthi reader of the temple was Baba Buddha ji.

An attack launched by the Afghan army in the eighteenth century caused substantial damage to the temple. The damaged portion was rebuilt and in response to the attack, the Sikh army was sent with an order that they must return victorious and not show any mercy to the enemies. All the soldiers of the Afghan army were killed by the Sikh army.

The Gurudwara that we see today was reconstructed in 1764. The upper portion of the gurudwara was covered with gold from which it derives the name Golden Temple.

The temple has also witnessed revolutionary and military events in the twentieth century. The first event that took place here was the Operation Blue Star, which was executed in order to arrest Jarnail Singh Bhindranwale, a religious leader from Punjab who was also associated with the Khalistan movement.

The second event that took place in the temple was Operation Black Thunder in 1988. This operation aimed to arrest the activists who were operating from the temple. Both the events inflicted damage on the temple’s structure, which was repaired in the course of time.

After the second operation, the government decided to set up a military base near the temple as a precautionary measure for any event that the extremists may initiate. It would require relocation of many residential and commercial structures in the temple’s vicinity, which was opposed by several organizations.

Five years later, the project was reintroduced; this time in the form of creating a second parikrama rather than a base for military troops. It was aimed to enhance the beauty of the area surrounding the temple and providing a room to the visitors to walk around. This space is known as Galliara, where entry of any vehicle is strictly prohibited.

The holy temple stands on the sideway of a lake, which is believed to be a reservoir of Amrit or immortal nectar. Shrines of several Sikh gurus along with those of martyrs and saints are built inside the temple. Plaques signifying the historical events and inscriptions commemorating the participation of Sikh soldiers in the First and Second World War are also a part of the Gurudwara.

Apart from the golden outlining, marble work was also done during the reign of Maharaja Ranjit Singh.

The holy trees that surround the temple signify an important event in the history of Sikhism or a revered Sikh saint.

The visitors must attend the ardas and eat langar, a sanctified meal served to all the visitors in the langar canteen.

One can sit by the water pool or take a walk around and capture the heavenly essence and pure environs of the temple premises through his/her camera.

To visit and worship the Golden Temple, one has to follow certain regulations which are common for all the Gurudwaras throughout the world. These regulations are:

Covering the head with a kerchief or a scarf

The Punjabi Lassi, a drink made of youghurt and sugar and ocassionally topped with flavors and cardamom is a must have during your visit to the city. All other alcoholic and non-alcoholic beverages can be availed at the many restaurants and bars in the city.

Visitors have the option to reside at the temple itself. The rooms here are free though the visitors can pay any amount to the staff which is taken as a donation. Alternately, the tourists can chose to stay at any one of the many hotels located very close to the temple.

The shops near the Golden Temple sell Kara, Khanda, religious CDs and other religious goods. The punjabi juttis or shoes are also worth purchasing. These are sold at small shops located near the flyover of Hall Bazaar.

The temple opens at 03:00 am and the various religious proceedings are carried on till 10:00 pm. The timings may differ slightly due to weather or season.

The tourists should plan their visit between the months of October through March. The weather remains cool and pleasant and the exploration of the temple and the city become a worthy experience.

Amritsar is serviced by Shri Guru Ram Das Jee International Airport, which connects it to various national and international destinations on a regular basis. From the airport, one can hire taxis or cabs to explore around the city and visit the temple.

Amritsar is well connected to all the metro cities and other important centres of India through rail route. Tourists must make reservations in advance, as the trains are heavily booked throughout the year. A free bus runs between the station and the temple and drops the visitors at the office of the temple. 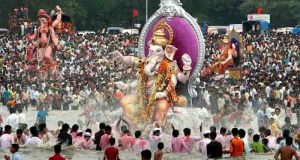 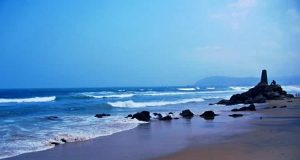 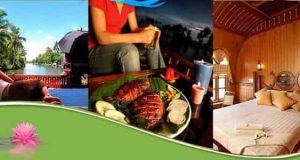