Maharashtra is famous for its varied landscapes and several multiple tourist destinations spread strategically across the state, which keeps the tourists entertained, no matter which part of the state they arrive at. The city of Ahmednagar is a significant contributor where a lot of historical places ensure that the tourists do not have a boring day when exploring this district of the state. One important tourist spot of this city is Harishchandragad, a hill fort that has been into existence for many centuries now and will stay on for the coming centuries as a reminiscence of the times it has witnessed.

The fort is close to the city of Ahmednagar with excellent connectivity with other parts of the state as well.

It is believed that the fort was constructed during the sixth century under the reign of Kalchuri Dynasty. The caves here are said to have been constructed during the early eleventh century. Inside the caves, idols of Lord Vishnu have been kept. The author of Tatvasaar and a famous saint Changdev meditated at this place in the fourteenth century. There are two cliffs at the fort named Rohidas and Taramati.

The fort came under the control of Mughals and Marathas in its later days.

The fort and the nearby areas are a major attraction due to their ancient style of architecture. The areas close to the fort are:

A very ancient lake, Saptatirtha is famous for the temples constructed on its banks. Idols of Lord Vishnu were found in these temples, which were later shifted and kept at the Harishchandreshwar temple.

The temple of Harishchandreshwar is one of the most intricately designed and immaculately preserved piece of history. The sculptures present here have been nicely carved and depict the talent of the people who worked as sculptors in that period. Close to the temple are few ancient caves and water reservoirs. One of the water reservoir is believed to be the origin point of Mangal Ganga river.

At this temple, you can see a few tombs as well, apart from a very old idol of Lord Ganesha. A distinguishing feature of this temple is that there are four entrances, unlike other temples, where there is a single entrance. Carved out of a single piece of rock, this temple features the sculptures that show the faces of guards who were once employed here, along with inscriptions in Devanagari script.

At this cave, you will see a huge Shivlinga, which is not easily approachable, as water surrounds it from all sides. The water is cold throughout the year. Earlier, there were four pillars near the Shivlinga, out of which only one is intact. Legend goes that the collapse of the fourth pillar will mark the beginning of an apocalypse that will destroy all forms of life on earth.

At an altitude of 1429 metres from the ground, this is the fort’s highest point. Once you reach the top, you will be able to look at the Naneghat hill range, forts of Murbad, Siddhagad, and other surrounding hills and peaks.

Situated at the west of the fort, this cliff offers a magnificent and an unforgettable view of the sunset and all that surrounds it.

There are a lot of caves around the fort that have been discovered by adventure enthusiasts. It is also said that upon further exploration, more caves will be discovered.

Once you reach inside this temple, your attention will turn to the ceiling where there are a lot of carvings that are still intact. The most fascinating part of these carvings is a 1.5 metres long sculpture that shows Lord Vishnu in a sleeping position.

The best part about your trip to this fort will be the food that you will get to eat. Local villagers cook and serve traditional food during summers and winters. In monsoons, you have to make your arrangements for food, as villagers avoid cooking and serving food in heavy rains.

Drinking water is available from the water tanks near the fort though tourists are advised not to use the water from the reservoirs located close to the caves.

Tourists can stay at one of the many caves near the fort to make the trip more fun and memorable. If you do not find it feasible, you can ask the local villagers to make accommodation arrangements for you.

The fort is open all year long and tourists are free to make a visit as per their convenience. You are only advised to take proper precautions according to the time of the year and carry all accessories that you will need to avoid any discomfort.

Trekking is the best way to get more close and feel the vibes of the nature at this fort. You might feel tired and exhausted by the end of it, but the fun that you derive on your way to the top will be worth the pain you endure while trekking.

From Pune, one can board a state transport bus from Swargate, Shivajinagar or Pune station depot.

If going by a private vehicle, you first need to head towards the Nashik highway. From here, you need to reach Narayangaon. You need to take a left turn from Ale Phata on the road that leads towards the Malshej Ghat. From there, you have to take a right turn from Khubi Phata, which will take you to the Khireshwar village.

Once you reach Khireshwar, you need to ask the locals for directions.
Hiking enthusiasts can board a bus for Malshej Ghat and go to the Belpada village. This village will then lead you towards Sadhleghat. A rock patch with grips is the route to hike towards the temple.

Visitors coming from Ahmednagar should board a bus for Mumbai or Nashik and step out of the bus at Ghoti village. From this village, you need to board another bus which will take you to Rajur village. You can either opt for a bus or rent a private vehicle to reach Pachanai village, from where the straight road goes towards the fort.

Tourists coming from other states and abroad should first reach either Pune, Mumbai or Ahmednagar through one of the many rail, road and air transport mediums and follow the above instructions to reach Harishchandragad fort and experience the fun of exploring one of the many reminiscences of the ancient period and taste the local delicacies. 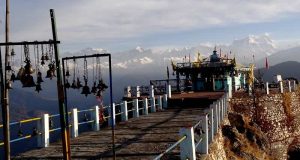 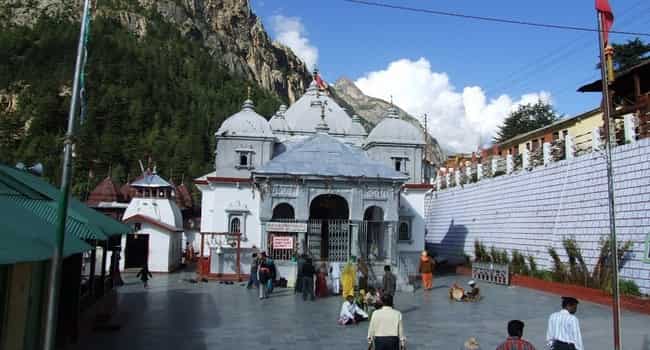 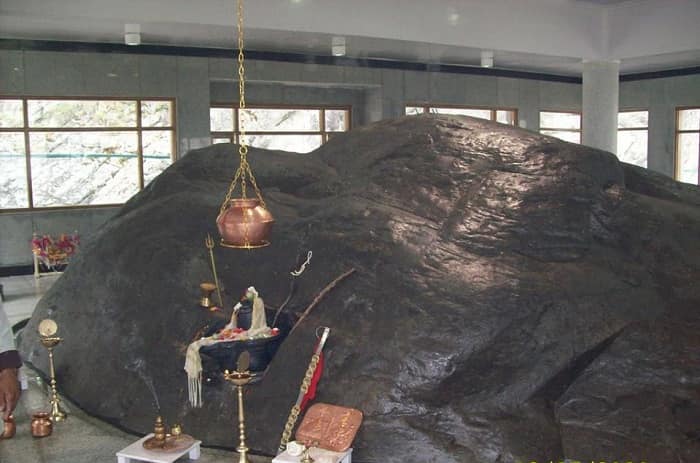