Next to the Ganga, the Yamuna is one of the holiest of Rivers of India. The sacred river originates in the Champasar Lake in Bandarpoonch Glacier (also known as Sumeru) at a height of 6387 meters. Starting its journey from the Har ki Doon Mountains in Uttarkashi in Uttarakhand the frolicsome river, also known as Kalindi in this region, tumbles and rolls through snowcapped mountain valleys before it becomes calmer as it enters the Indo Gangetic plains. The 1376 km long Yamuna finally merges with Ganga at the Triveni Sangam at Allahabad, the third being the now invisible Saraswati.

Close to Champasar Lake is Yamunotri, one of the famous Chota char Dham in North India. There is a temple dedicated to Yamuna Devi, one of the very few in India, and the popular pilgrimage spot is full of people during the Yatra season. Hotels at Yamunotri dham are usually full in the summer and one may have to book in advance to secure a room. Like the Ganga, the Yamuna has its share of legends and myths.

It is believed Yamuna is the daughter of Sun and Sangya. Sangya could not bear the radiance of the sun and went to live in the land of shadows and was known as Chhaya. Yama, Lord of death is her brother. Chaya also gave birth to Tapti River and Shani. Yam and Yamuna were ill-treated so Yama left and founded his city Yampuri where sinners were punished. Yamuna saw this and departed for Gowlok. Meanwhile, Yama granted a boon to Yamuna that whoever bathed in her waters would never have to go to Yamalok, the land of the dead. This is why Yamuna is held sacred and some believe her to be more sacred than Ganga.

It is believed that when Kansa planned to kill baby Krishna, Vasudeva carried Krishna in a basket and reached Yamuna. Yamuna recognized Krishna and parted to make way for Vasudeva to reach the other side. As Krishna grew up he and the gopis frolicked on the banks of the holy Yamuna. It is believed that Krishna took Yamuna for his fourth consort. It is also believed that Yamuna ordered Vallabhacharya to recite the Bhagvat Gita on her banks and Vallabhacharya composed Shri Yamunashtakam for her.

The Pushtimarg sect worships Yamuna in her spiritual form, as a physical body and as a goddess and no rituals are complete without her mention. In Mathura people celebrate the birthday of Yamuna on the sixth day of the Chaitra Navratri in March-April.  Just after the Hindu New Year is the day Bhai beej or bhai dooj when brother visits sister and both strengthen their bonds, in token of the bonds between Yama and Yamuna.

There is one reason why Yamuna is so black. It is believed Lord Shiva mourned the death of Sati, his wife and roamed here and there. When he came to the river, Yamuna absorbed all his sorrow and turned black.

At one time the Yamuna was a part of the Ghaggar River, also known as the mythical Saraswati. It changed course and joined the Ganga and Saraswati dried up.

Ganga can only grant liberation but Yamuna grants freedom from death and from Yamlok.

There are folklore and legends galore around Yamuna but there are practical aspects to Yamuna.

Next time you visit Yamunotri and stay in one of the hotels at Yamunotri Dham, you may remember all about Yamuna and pray for her blessing and vow to take better care of her. 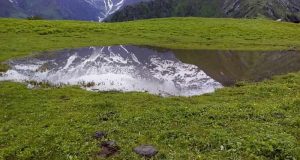 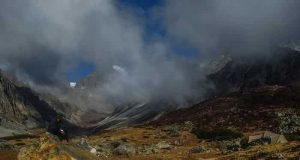