From the historical facts Katyuri was the first dynasty of Uttarakhand. After the fall of Katyurie’s Garhwal region was divided in 64 principalities and ruled by different chieftains. One of them was Chandpurgarh and descendant of chieftain Kanakpal was ruled here. King Ajaypal who was descendant of Kanakpal and his successors ruled the Garhwal about 300 years.

In 1803, Gorkha’s who tried to capture the area before too, again made an invasion. They captured Kumaon and attacked Garhwal in 3 columns. King Pradyumna Shah was not able to stop the Gorkha army and killed by the Gorkhas in the battle of Khudbuda. Gorkhas then ruled the Garhwal for 12 years. At 1815 King Sudarshan Shah defeated Gorkhas with the help of British. In 21st April 1815 British emerged eastern Garhwal under their rule which lies to east of Alaknanda River and Mandakini River. With the rest of Garhwal part King Sudarshan Shah established his capital on Tehri. At 1840 A.D. when the Garhwal separated from Kumaon made its headquarters at Pauri.

At 1947, of the time of independence Kumaon division administered for Garhwal, Almora and Nainital district. In 1969 Pauri was announced the headquarters of Garhwal division after the separation of Chamoli district from Garhwal in 1960. A major change has been again made on 1998 when 72 villages of Khirsu Block have been separated from Pauri to create a new district as Rudraprayag. Now the district is with 9 tehsil and 15 blocks with the headquarters at Pauri.

Pauri Garhwal is a place of natural beauty and the tourism is one of the main sources of the income of the district. A lot of tourist places give a paradise to visitors as Khirsu, Doodhatoli, Binsar, Advani, Tara Kund, Kandoliya, Kanvashram, Bharat Nagar, Kalagarh Neelkanth, Srinagar and Lansdowne are some places with natural beauty.

Some much known pilgrimages are here which are visited by thousands of visitors every year. Kyunkaleshwar Temple, Kandolia, Nag dev, Jwalpa Devi, Binsar Mahadev and Tarakund are some of famous pilgrimages of Pauri Garhwal.

The Pauri Garhwal tourism is also famous for trekking as world’s famous trekking spots are here in Pauri Garhwal. Some of them are Binsar Trek, Binsar  – Gairsain trek, Doodhatoli Trek, Hariyali Devi trek, Gujurugahri Trek, Tara Kund Trek, etc. With the trekking adventure cycling at on the altitude of 1800mt and above, rafting, jungle camping, Aero-sports, Angling, Wildlife Adventure, Rock-climbing are some other adventure sports are available here.

Some of fairs and festivals of Pauri Garhwal are following:

Pauri is well connected with all well-known cities and districts of Uttarakhand or India. Transportation is well formed and accessibility by road is easy form any railhead or airport.

Other Information about Pauri Garhwal 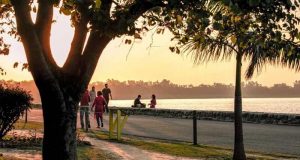 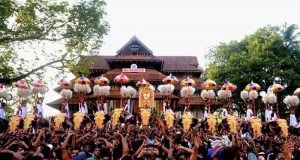 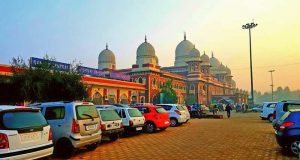