The Orissa temples are very famous for their heritage of rich culture, architecture and art. Most temples here follow the Indo Arya style. There are temples which have a very rich in culture and heritage and most have very interesting stories surrounding them. Bhubaneshwar, Puri, Cuttack are three towns in Orissa that have maximum famous temples. The kings of Orissa in the past used to show their devotion towards their preferred Gods by erecting magnificent temples that were soaked in artistry and gorgeous detailing. Most Orissa temples follow a typical structure where there are two main temple areas; Bhog Mandir and Nata Mandir.

The Jagannath Temple in Orissa is one very famous temple that is centrally located in Puri town. This pious institution was founded in the 12th Century A.D. The structure of this temple in Orissa is magnificent and it reflects the flamboyant aesthetic sensibilities of the rulers of Kalinga. The Jagannath temple sees a lot of devotee traffic and is considered to be a must visit place for any devout Hindu. During the Jagannath Puja time and Rat Yatra millions of people throng the temple premises to catch a glimpse of the deity. Structurally the temple follows the famed Indo Aryan style. Every year the there is a Puri Festival which happens centered around the huge temple Complex of Jagannath. The sacred temple is alternatively known as the White Pagoda because of its striking colour and staggering 200 feet height. The white colour and huge height enabled the European soldiers of yore to use the temple as a navigational aid.

Long before one enters the city of Puri the huge 65 meter long spire of the temple building can be seen and it dwarfs every other structure in the town. This dominance of the temple is not merely symbolic; The Jagannath temple controls almost every aspect of life in the town of Puri. The temple compound is gigantic and each side of the compound measures up to 650 feet and it is surrounded by a wall that is 20 foot high. More than 6000 people have found employment inside the premises and the kitchen in the temple feeds more than 10,000 people daily and up to 250000 people on important festival days

The temple of Kapilash in Orissa is fondly referred to as the Kailash Temple. This is one of the most beautifully designed temples in Orissa and it is prettily located in the picturesque spot of Dhenkanal. The temple complex is perched on a hillock that is surrounded by lush greenery and verdant fresh shrubs. EARLIER this area was the capital of the Kingdom of Kesari and was known as Choudwar. Currently the nearest town to this temple is Dhenkanal that is 28 km away. The temple of Kapilash houses the idol of Chandrasekhar or the God Shiva. Multiple numbers of holy shrines surround the main temple of Kapileshwar. Visitors who want to pay obeisance to the deity have to carefully climb up a flight of 2000 steps. The idol is richly decorated during all major festivals and hundreds of devotees come in to see it from all corners of the globe. The Shiva idol is decorated with ornaments of pure gold during the auspicious occasion of Shivaratri. The main temple of Kapilash is surrounded by equally beautiful but smaller temples of Viswanath, Raghunath and Saptarshi. The temple is one of the major attractions of the Dhenkanal town. The twin districts of Dhenkanal and Cuttack surround the Kapilash temple.

The Konark Sun Temple is one of the most dazzling specimens of the architecture of Kalinga. The Sun Temple of Konark was built by king Narasimhadeva I of the royal dynasty of Ganga. The gigantic sized sculptures and the stunning detailing in the base give the temple a rich name in the world of temple architecture. The Sun Temple is believed to have been constructed in the 13th Century when it was meant to the travelling chariot of the Sun God. The Sun Temple was constructed in a unique way and till date a similar specimen style of architecture has not been discovered elsewhere in India. 12 pairs of heavily ornamental huge chariot wheels and 7 magnificent strong and supple horses support the sun temple. The 12 wheels of the Sun Temple showcase the 12 months of the annual year and the horses are meant to represent each of the seven days of the week.

Another distinct feature of the Sun Temple is the curved towers which are again mounted by cupolas. There is a magnificent inner sanctum inside the Konark sun temple which is of the staggering height of 230 feet. External projects are featured in the sanctum and it is constructed right besides the audience hall.

Rabindranath Thakur the famous poet had praised the temple saying that “here the language of mute stones is superior to any words created by man”. This is also a very huge temple and its height and structure prompted European soldiers refer to it as the black Pagoda. The idea of the Sun God driving his magnificent chariot is an old one but never has a temple been built on the same concept.

According to legends Samba who was the comely and conceited son of Lord Krishna happened to mock an ugly yet powerful sage. The sage took vengeance by tricking Samba into visiting a pool where the wives of Krishna were bathing. As Samba was unable to resist staring at the ladies the sage cunningly called Lord Krishna. Krishna was enraged to see his son staring improperly at his step wives and immediately cursed his Samba with leprosy. Samba went to the sea side and performed Sadhana for 12 years to please the Sun God Surya who then cured his leprosy. As a thank you gesture the majestic Konark sun temple was built.

The temple of Bharateswar is renowned for its spiritual potency and its rich heritage. It stands proudly in the center of the capital town of Bhubaneshwar. The Bharateswar temple is flanked on both sides by two other very important temples; Laxmaneswar and Shatrughaneswar temples. The temples are built to celebrate the spirit of brotherhood, love and loyalty that bound the brothers of Rama; Laxman, Bharat and Shatrughna. The Bharateswar temple in particular is referred to by many artists as the epitome of Orissa temple architecture. Tourists who come to Bhubaneshwar are especially thrilled to visit this magnificent temple. The cultural heritage of Orissa can be easily glimpsed if one walks through the temple admiring the finely etched drawings and pristine sculptures inside.

The Rajarani Temple was constructed between the 10th Century and the 11th Century which makes it one of the oldest temples in Orissa. The Reddish golden sandstone that makes up the huge and dazzling temple is called Rajarani. At midday when the sun is at its most brilliant the temple shines with the power and richness of gold. Some devout Hindus believe that Lord Shiva has blessed the Rajarani temple himself and named it as his own shrine. Local Purohits and religious men of Orissa also call the Rajarani temple by the name Indreshwara temple. The temple is constructed in the middle of acres of lush green paddy giving it a strong earthy beauty. The temple structure is constructed on an elevated platform. The temple architecture features many clusters of turrets, a squarish inner sanctum and many exquisitely beautiful statues. Later on a similar temple was built in Puri but the original Rajarani temple in the older area of Bhubaneshwar is more famous. This temple is again a signature piece of architecture by the rulers of Kalinga who had flamboyant taste. The Rajarani Temple is estimated to be one of the most expensively built temples in the state of Orissa.

The small town of Khiching is in a desolate spot in the northern climes of Orissa. This is an important religious destination of a lot of importance in Orissa. The Kichakeshwari temple dates back to the 7th century and was actually reconstructed from the crumbled remains of an older temple that was present in the 20th century. Reconstruction of the temple used the technique of moving about massive chunks of stone to form a big earthen ramp. This was ultimate proof of the fact that the skill of building temples and architecture had survived in the present century. Scholars of temple architecture argue that the newly constructed Kichakeshwari temple does not do justice to the old and original temple which had exceptionally superior architecture. The specialty of the temple is the gigantic and extremely beautiful statues. There are very huge statues that reflect a very high standard of artistry and grace along with excellent forms of craftsmanship and sculpture making. There is also a huge museum in Kichakeshwari which has wonderful images and fine specimens of art and archeology inside it.

The Lingaraja temple is situated in Bhubaneshwar and it dominates the cityscape of the city in a prominent way. The visibility of the huge structure is such that it can be clearly seen from at least 20 km away. The temple bears evidence of the Orissa style of architecture in its most classical and beautiful style. Many architects have described the Lingaraja temple as the quintessential form of architecture of Orissa. The twin towers of Lingaraj have a height of about 58 meter and are totally curvilinear in structure. This exceptional looking set of towers has ridged turrets inserted on the turrets and the ribs put inside the spire. There is a duel and a porch (also known as Jagmohana). Lingaraja has two brand new structures; Natmandir or the dance hall and Bhog Mandapa or the offering hall. Nata Mandir was used by Devadas who used this area to showcase their skill. The sculptures that are set into the temple wall show the several groups of people who are deeply engaged in religious and musical acts. The Lingaraj temple pays homage to the Jagannath worship practice that has spread all over the state. The Swayambhu Linga inside the Lingaraja temple is different from the traditional Shiva Linga. This is also known as Hari Hara Linga which represents Half Shiva and one half of Lord Vishnu. The synergetic nature of religions of Orissa is represented here. The Lingaraj complex is very huge and it has about 150 sub shrines inside. Most of these are very interesting in the context of their culture and history.

The Mukteswara temple is referred to as the jewel of Odisha Sandstone architecture. This is an ancient 10th century temple that rises to total height of 10.6 meter with all the walls of the temple inscribed with intricate artistry. Mukteswar temples have lots of special features which make it an interesting reference point in the study of architecture and structure. The ceiling of the temples and the halls of the audience are encrusted with a beautifully carved canopy of a grand lotus flower which have the deity on each petal. There is a stupendous arched gateway or the Torana that has unique pieces of stone etchings. There are lovely figures in sensual poses along with exotic structures of monkeys, falcons, deer and peacocks on the walls. The temple of Mukteswara has reminded for more than 10 centuries as one of the most stunning pieces of temple architecture in the world.

The Vaital temple belongs to 800 AD and it is a completely different kind of temple than the ones described above. This Bhubaneshwar located temple is shaped in a rectangular structure and is devoted to Tantric worship. The dual tower of temple and the right angle between porch and inner sanctum along with wood and thatch roof give this an unusual appearance. The sculpture of the temple reveals strong Tantric undertones which have the combination of rituals encompassing Buddhism and Hinduism. Magic spells, sacrifices and rituals mark the temple of Vaital. 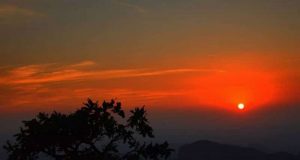 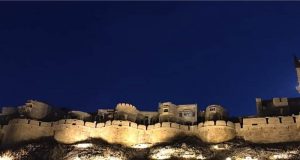 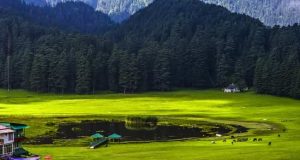