Durga Puja, Durgotsab (Festival of Goddess Durga) in Bengali, is an annual Hindu festival especially of the West Bengal wherein Goddess Durga is worshipped during the last six days of Navratri including Dussehra (September/October). These days are observed as Mahalaya, Shashthi, Maha Saptami, Maha Ashtami, Maha Nabami, and Bijoya Dashami. According to the traditional Hindu calendar, the dates of Durga Puja are decided.

During the Durga Puja festival, Hindu deities such as Lord Shiva (Perpetuator of Truth), Mata Lakshmi (Goddess of Wealth), Lord Ganesha (God of Wisdom and Fortune), Mata Saraswati (God of Music and Truth) and Lord Kartikeya (Elder Son of Lord Shiva and Maa Parvati) are worshipped along with Goddess Durga. The huge idol of Mata Durga is placed in decorated public Pandal where people perform the daily puja, a ritual of offerings to the Mother of the Universe.

In Bengal, this festival is also known as called Akalbodhan – ‘untimely awakening of Durga’, Sharadiya Puja – ‘autumnal worship’, Maha Puja – ‘grand puja’, Maayer Pujo – ‘worship of the Mother’. It is referred as Navratri Puja in Gujarat, Punjab, Kerala, and Maharashtra. In a nutshell, it is widely celebrated in India, Nepal, Bangladesh, United States, U.K., Australia, and Europe.

Goddess Durga is a symbol of united divine forces of all gods and goddesses as against the evil forces. Lakhs of years ago, the living beings of the Earth, the nether world, and the heaven were tormented by the demons, especially Mahishasur. This demon was blessed of not being killed by any male named weapon of this universe. To ensure protection, the gods in heaven requested Vishnu (the perpetuator of life) to do something about it. He asked to give birth to an almighty female being to kill the demon king. On this, a stunning light emerged from the hearts and mouths of Brahma, Vishnu, and Mahesh (the trinity Hindu God) that gave birth to a splendid 10-handed divine lady. All gods were just amazed to see this lady and gifted her with ornaments, lion as a vehicle, and some unique weapons. Continuously fighting for nine days, the mother killed the demon king and gave the message of ‘Victory of good over evil’ – meaning kill your inner enemies of anger, pride, attachment, and greed to seek your soul.

According to Mahabharata, Pandavas who were exiled for 12 years, went to the court of King Virat in some other form (not as Pandavas) to spend their last year. However, before entering the court, they hung their weapons on a Shami tree. After a year marking their completion, on Vijayadashmi (Dussehra), they revealed their identity and brought down the hung weapons. To mark this, people exchange Shami leaves on Dussehra as a carrier of success and prosperity.

According to Ramayana, Lord Ram performed the Maa Chandi puja and obtained the blessings of Mother Durga so that he can defeat the demon Ravana who was the ten-headed Lanka king and had seized Sita, Ram’s divine wife. Due to this puja, Durga revealed the secret as to how Ram would kill Ravana.

Kautsa was the son of Devdatt and had demanded his guru Varatantu to take gurudakshina (a traditional gift). After much insistence, the guru asked for 14 crore gold coins for 14 subjects. Kautsa approached the most generous king Raghuraj. However, he had given all money in the coffers to Brahmins. Therefore, he asked Lord Indra for gold coins. Lord Indra asked Lord Kuber (God of Wealth) to shower gold coins on the ‘shanu’ and ‘apati’ trees around Ayodhya. On this rain of gold coins, King Raghuraj gave all of them to Kautsa, who in turn, gave 14 crore coins to the guru. Still left behind, Kautsa distributed the coins to the people of Ayodhya. This was the day Dussehra.

The meaning of the name Durga is, ‘The one who is incomprehensible or tough to conceive’. Goddess Durga is a form of Shakti who holds infinite power of the universe and is known to be the terrific destroyer of evil. She is also known by different names, such as Parvati, Ambika, Lakshmi, Saraswati, and Kali. As Parvati, she is divine consort of Lord Shiva and the mother of three children, Ganesha, Kartikeya, and Jyoti. As Lakshmi, she is the wife of Lord Vishnu and as Kali, she is the destroyer of the past demons. On the festival’s (9 days of Navratri and the following day of Dussehra) first three nights, Durga is worshiped; on the next three, Lakshmi and on the last three nights, Saraswati Devi. The last 10th day is Vijayadashami meaning victory over owns mind that is possible on worshiping the three devis namely, Durga, Lakshmi, and Saraswati.

Implications Of The Idol

The complete idol of Goddess Durga depicts destroying evil and protecting the truth. It marks that if one wants to become divine, he/she should control its animal-like instincts. This means that worshiping Goddess Durga is to make your mind pure and invoke divinity by killing the evil desires ruthlessly. In addition, Goddess Durga is also worshipped to unfold love, gentleness, humility, wealth, and power.

ln West Bengal, Goddess Durga attends the people offerings for nine days. On the other hand, in South India, a stepped platform decorated with small idols of gods, animals, birds, and other beings is worshiped, which is known as Kolu. This is to mark the event wherein all gods and goddesses gave their power to Maa Durga to kill Mahishasur. It is on the last day, a child starts learning the alphabets in a rite of Aksarabhyasa. This is because this day marks the advent of knowledge.

The Rituals of Durga Puja for Bengalis

The advent of festival is Mahalaya, which is the fortnight of the waxing moon of Ashwin month. During these days, people perform Tarpan wherein they pray to their ancestors at the river banks. On the sixth day called Maha Shashti, the Goddess is inaugurated. The main puja exists for the following three days, wherein the rituals are long and complicated including the reciting of Mantras, Shlokas (sacred texts from holy books), Arati, and offerings. This actually requires a priest and so the puja is held in public Pandal due to decreasing number at homes.

On this sixth day, it is believed that Goddess Durga, with her children, comes on the Earth from her heavenly residing place. People welcome her with much enthusiasm and zeal through music and religious songs. Therefore, on this day, the Durga idol is unveiled as a ritual.

This is the first day of Durga puja wherein the Kola Bow or Nabapatrika is taken for pre-sunrise bath. In addition, nine types of plants are worshipped together that represent the goddess.

This starts with reciting Sanskrit hymns in public puja Pandal. Kumari puja, meaning worshipping small girls believing them to resemble mother goddess is a special household ritual that forms the part of the puja. At last, Sandhi puja, which commemorates the link between the Maha Ashtami and Mahanavami, is done.

This is the last day wherein the main Navami puja follows after the Sandhi puja. In the puja, the Navami Bhog (sacred food) is offered to the goddess that is distributed as prasad among the devotees.

This day witnesses a tearful farewell to goddess. The send-off arrangements are really great wherein the processions are carried out holding the idol in a suitable vehicle to take it to the nearby sea or lake for immersing.

2020 Durga Puja will begin on Thursday, 22 October and ends on Monday, 26 October (Hindu month of Ashvin/Ashwayuja) 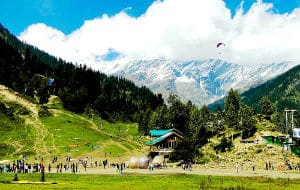 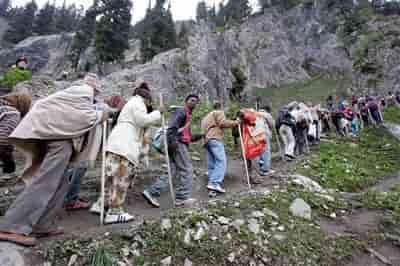 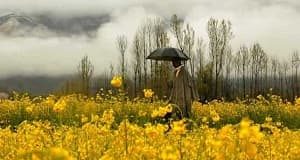