No matter how much people loathe history in school, one cannot escape the beauty and awesomeness of the historical assets mankind is left with. Such assets become precious and people and authorities put in all their efforts to spread the legacy of an asset left by the forefathers of our nation and the early inhabitants of the Indian subcontinent. This treasure of our nation includes the Red Fort of Delhi, a landmark fort that has become a major tourist destination owing to its iconic structure, appeal, and history.

The Red Fort is located in the city of Delhi, the national capital territory in the state of Red Fort Delhi. It was previously known as Shahjahanabad, the kingdom of Shah Jahan.

It was in 1638 that Shah Jahan, a Mughal emperor, decided to construct a fort that would be occupied as a residence. Prior to Delhi, Shah Jahan had been using Agra as his administrative headquarter. Two architects, Ustad Hamid and Ustad Ahmad were employed by Shah Jahan to design the structure of his fort.

The construction began in 1638 under the supervision of Shah Jahan. The whole process of construction took a decade to complete. In its initial days, the structure was called the “Qila-e-Mubarak” or the Blessed Fort, as it was occupied by the royal family.

Built close to Salimgarh Fort, another historical fort of the area built by an emperor of the Suri empire, the Red Fort represents the heights of excellence achieved by the Mughal architectural style. However, new structures were added to the fort by rulers who occupied it after Shah Jahan.

The fort was occupied by Aurangzeb, under whose supervision, a mosque called the Moti Masjid was added to the prevailing structure. After Aurangzeb, the fort and the people of the kingdom went through a phase of downfall. The fort was occupied by Jahandar Shah in 1712, after a period of 30 years that the fort had been left abandoned. Within a year of occupying the fort, he was murdered by Farrukhsiyar, who then took control of the area.

The fort saw a change in its ownership as Muhammad Shah took over in 1719. Two decades later, a ruler from Persia named Nadir Shah launched an attack against the Mughals. He defeated the Mughal army and took away with him many of the valuable possessions and wealth of the fort, including the famous Peacock Throne. Following the attack and the humiliating defeat, the Mughals were retained with the title of being the rulers, but were left with no power to influence the residents or gain the lost control.

In 1752, the Marathas became the protector of the region after a treaty was signed with them. The ownership of the fort went back to the Mughals again in 1771 with Shah Alam being made the emperor by getting help from the Maratha rulers. The British East India Company gained control over the fort after defeating the Marathas in the second Anglo-Maratha War of 1803. In the 1857 rebellion, Bahadur Shah II Zafar, the last emperor who ruled over the fort, participated along with the residents of Shahjahanabad. Despite all efforts, the Red Fort could not be defended as a result of which Zafar left the fort. He came back to the fort in 1958, but this time as a prisoner of the British forces in 1858 and was sent to Rangoon the same year.

The end of Mughal reign resulted in British selling all the valuables they could obtain from the fort. Few years later, the Britishers destroyed many buildings and structures inside the fort and stripped it off of any whatsoever remaining valuables. With the passing time, the authorities realized that like many other forts and palaces occupied by the royal families, the Red Fort too deserves to be preserved so that the people of the present day world should be able to learn about the various perspectives of Indian history by visiting and exploring such sites.

On Independence Day every year, the Prime Minister of India hoists the national flag and delivers a speech to the people of the nation at the fort. The fort is the largest monument in the city that attracts thousands of visitors annually.

The fort was listed as a UNESCO World Heritage Site in 2007.

The fort is spread over an area of approximately 255 acres surrounded by defense walls measuring 2.4 kilometres. Extensive use of floral patterns, domes, and other decorative schemes redefines the excellence that Mughal architecture soared to in its later phase.

The famous Kohinoor diamond is believed to have been a part of this fort. The art work of the fort is a blend of Persian, Indian and European art form that culminates into a unique art form or the Shahjahani art, which is pleasing to the eyes of the visitor.

Inside the fort, there are several structures that you must see to believe the grandeur of the Mughal architecture. The famous ones include:

It was in this hall where the king used to conduct private meetings with the courtiers and guests. The famous Peacock Throne was placed here atop a marble pedestal. The piers of this hall depict intricately carved floral patterns.

This hall was meant to conduct meetings with the general public.

These were the residential apartments belonging to the royal family.

The women quarters or the Zenana are located at the southern corner of the fort.

Added to the fort in 1659 by Aurangzeb, this mosque is another major attraction of the fort. However, you can only watch it from the outside.

Other noteworthy structures inside the fort include the Rang Mahal, Mehtab Bagh, Muthamman-Burj, Naqqar Khana, etc.

There are two museums inside the fort, the Indian War Memorial Museum and the Delhi Fort Museum, operated from the upper storey of public audience hall and Mumtaz Mahal, respectively.

Apart from exploring the various structures of the fort, you can also watch the sound and light show conducted every evening at the fort. This show comes along with a description of the history of the fort and the reign of the Mughal emperors. The show begins every evening at 06:00 pm.

There is a tea house and a restaurant at the fort complex. Coming out of the fort and exploring the surrounding area, you will find a large number of restaurants that serve authentic Indian, Mughlai, Continental, Kashmiri, Chinese and North Indian cuisines, apart from fusion cuisines and street food. Delhi is known for its exorbitant number of eating outlets, thus the tourists enjoy eating here as much as exploring the various ancient corners of the town.

As you enter inside the Fort through the Lahore Gate, you will find a shopping complex where a large number of craftsmen and vendors sell artwork and artificial jewelry. Do not hesitate to bargain, as it will help you save a great deal of money.

The Red Fort is open for tourists every day except on Monday. Entry fee for Indian tourists and tourists belonging to the SAARC and BIMSTEC countries is Rs 10/- per person. Tourists arriving from other countries are required to pay an entrance fee of Rs 250/- per person. Any visitor up to fifteen years of age is granted free admission.

Tourists also have to shell out Rs 25/- for using a video camera.

The fort is open from sunrise to sunset. You should try to visit the fort between October and March.

Red Fort is located at Netaji Subhash Marg, Chandni Chowk, New Delhi. Being the national capital and a commercial hub, New Delhi is connected with almost all major centers of India and abroad through excellent rail and air connectivity. You will find several trains and flights from different metropolitan cities of India to Delhi.

Once you reach Delhi, you can catch a train for Chandni Chowk, the closest station to Red Fort. Alternately, you can board a state transport run bus or a private taxi. 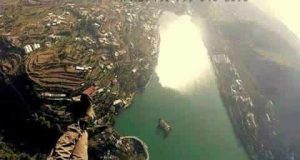 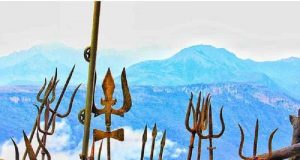 Tourist Places near Coimbatore, the Manchester of the South 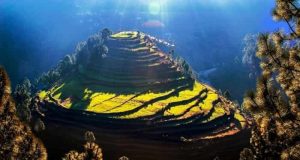 Almora Location Getting There