The lakes in Gujarat function as an oasis of peace and tranquility amid the hustle and bustle of the city life. The lakes are calm and peaceful. Their scenic views are breathtaking. This makes lakes in Gujarat a wonderful experience for domestic as well as international tourists. The presence of migratory birds enhances the travel experience. The constant chirping alleviates the senses and mood. This rejuvenates the mind and body completely. Kankaria Lake and Chandola Lake are famous lakes in Ahmedabad City.

Kankaria Lake is the largest known lake in Ahmedabad and is situated in the southern part of Ahmedabad. The construction of this lake dates back to the fifteenth century in 1451 AD. This lake was built by Sultan Qutub-ud-Din and at one time, it was known, as Hauz-e-Qutub. This Lake was the bathing arena of the then sultans and their Queens. Kankaria Lake comprised of a water purifier but now it is bewildered with time. Now this lake is a renowned recreational centre. This Lake is circular and there is a walkway by which one can go to a beautiful garden called Nagina Wadi.

Nagina Wadi is also known as the island garden. There is a boating facility available for all the adventure and fun lovers. Children can enjoy the charming facilities in the zoo and children’s park called Bal Vatika adjoining to the lake. In the campus of Kankaria Lake, you will also find a gym known as Ambubhai Vyayam Shala. The Lake attracts lots of crowd in the weekends and the sunset watched from this point is a visual treat. Kankaria is renowned for its junk food.

Chandola lake is located at Dani Limda Road. This lake is artificial. The credit for creating the lake goes to the consort of Ahmedabad’s Mughal Sultan, who was named Tajn Khan Nari Ali. Chandola Lake serves as a water reservoir. It has greatly benefited the people of Ahmedabad. Chandola Lake’s water has been used for irrigation and industrial purposes.

Hamirsar Lake is located in Bhuj. Hamirsar Lake provides wonderful opportunities to relax and cool off on a hot and humid day. People who wish to swim head toward Hamirsar Lake. Visitors can merely sit amid the trees and enjoy the tranquil and peaceful waters. Many local women perform elaborate laundry services here.

Walking by the edge of the lake is a wonderful way to move from one place to another. Many famous structures lie in close proximity to Hamirsar Lake’s eastern side, including the Prag Mahal, Aina Mahal, Ramkund Stepwell, Swaminarayan Temple, Ram Dhun Temple, Alfred High School, and Kutch Museum.

A walk from Aina Mahal to Swaminarayan Temple passes through all major sites. The walk should last for half an hour. The other side of the lake is home to Sharad Baug palace. It also contains the road toward the Royal Chhatardis.

Hamirsar Lake is 500 years old. When the lake overflows in the monsoons, the local inhabitants celebrate the event. They observe a holiday for one whole day. Many locals perform Puja along its banks. The lake has overflowed for merely 18 times since India attained independence.

Visitors coming from Ahmedabad may find the bus more convenient in comparison to the train. It is, however, more expensive. Numerous privately run companies operate sleeper buses replete with a complete horizontal bunk. It leaves Ahmedabad for Bhuj from 8:00 pm to 11:00 pm. It arrives in Bhuj the following day anywhere between 6:00 am and 8:00 am. The offices of these companies are situated around Ahmadabad’s Paldi area. Two recommended companies include NamasteIndiaTrip and Gujarat Expert. Private, non-sleeper buses are also available. State Transport or ST buses are more affordable but less comfortable.

Bhuj Express and Kutch Express are two express trains that run on a daily basis.

Ahmedabad is covered in 8 hours. Mumbai can be reached within 16 hours. Both trains make their way through Ahmedabad in the night. The schedules are developed in such a way that both Bhuj and Mumbai should be reached during reasonable hours.

Daily flights connect Bhuj to Mumbai. While in Bhuj, State Transport buses cover the district’s larger destinations. Private jeeps can also be hired. Smaller areas can be accessed only by Chhakdas.

Narayan Sarovar provides a holy experience of a different kind. It is located in a land teeming with pilgrimage sites. The lake is situated at the westernmost point of India. To get here, tourists need to travel for over 100 km. The journey begins from Bhuj and spreads across the barren lands of Kutch. The vast lake serves an oasis and is sure to surprise you. Narayan Sarovar provides a tangible spiritual experience.

Of the five holy lakes in India, Narayan Sarovar is one of them. The other four lakes include Tibet’s Mansarovar, Karnataka’s Pampa, Orissa’s Bhuvaneshwar, and Rajasthan’s Pushkar. A time of drought finds association with the lake. The drought occurred in the Puranic area. This is when Narayan, who was Lord Vishnu’s form, appeared when the sages prayed fervently. He is said to have used his toe to touch the land. This created the lake, which is now considered holy for bathing. However, it is not recommended.

The lake is 125 km away from Bhuj. Buses ply twice a day to the lake. These buses are the only means of public transportation. Koteshwar temple is separated from Narayan Sarovar by a distance of two kilometers. Those wishing to tour Lakhpat or the Narayan Sarovar Wildlife Sanctuary will have to book a private vehicle. Bhuj is the only place where you can hire these vehicles. The cost for hiring cars varies between Rs 5.50 per kilometer and Rs 10 per kilometer. The type of vehicle decides the price. Another determining factor is presence and absence of air conditioning.

Hiring a car at Bhuj is advisable if you wish to skip the Narayan Sarovar Lake and temples. Narayan Sarovar has facilities that provide food and accommodation. Those touring the wildlife sanctuary need to carry their own water and food.

Ten Talav is an octagonal tank that is splendidly constructed. It is replete with embankments and stone steps. The structure symbolizes the love between Hiradhar Shilpi, who was Dabhoi Fort’s architect, and a woman named Ten. Hiradhar was said to be in love with Ten. During the construction of Dabhoi Fort, he secretly constructed the Ten Talav for the sake of his lover. He was found guilty of misappropriation. He was immediately sentenced to death. He was buried alive in Dabhoi’s fort walls. 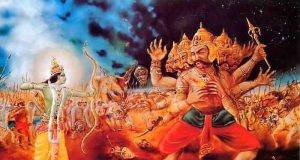 Dussehra – The Festival of Joy and Remover of Bad Fate 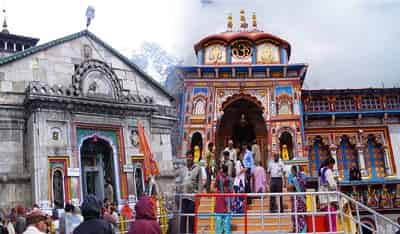